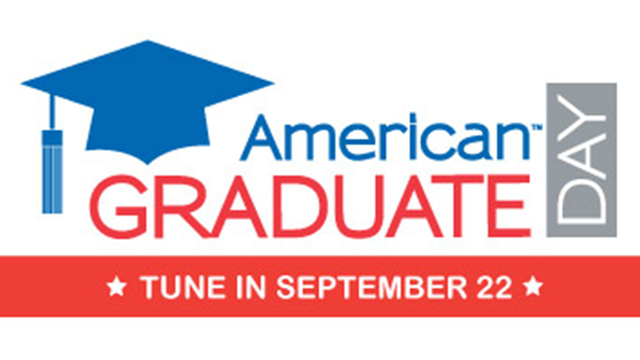 Journalist Desiree Cooper will host the local show segments and interview 14 local organizations working to help young people stay in school and on track for on-time graduation.Viewers will be encouraged to become an "American Graduate Champion" by offering their time, donating resources, connecting with the organizations on social media or learning more about the crisis.

The national segments will host special guests including PBS NewsHour senior correspondent Ray Suarez among others.  It will also feature 20 national organizations working to keep students engaged in school, compelling stories from students themselves, and highlights from PBS national and local content - from PBS NewsHour and Need to Know to Jim Glassman's Ideas in Action and Tavis Smiley Reports: Too Important To Fail. The broadcast will also include the premiere of a new student film from Reel Works New York and a preview of the upcoming FRONTLINE documentary, Dropout Nation.

Viewers will be able to participate in the broadcast by asking questions and sharing ideas before and during the broadcast on Twitter using the #AmGrad hashtag and on Facebook. Those interested in becoming an American Graduate Champion can also call in at 800-313-2477 or log on to AmericanGraduate.org to find out more about the national and regional organizations and how to help in their hometowns.